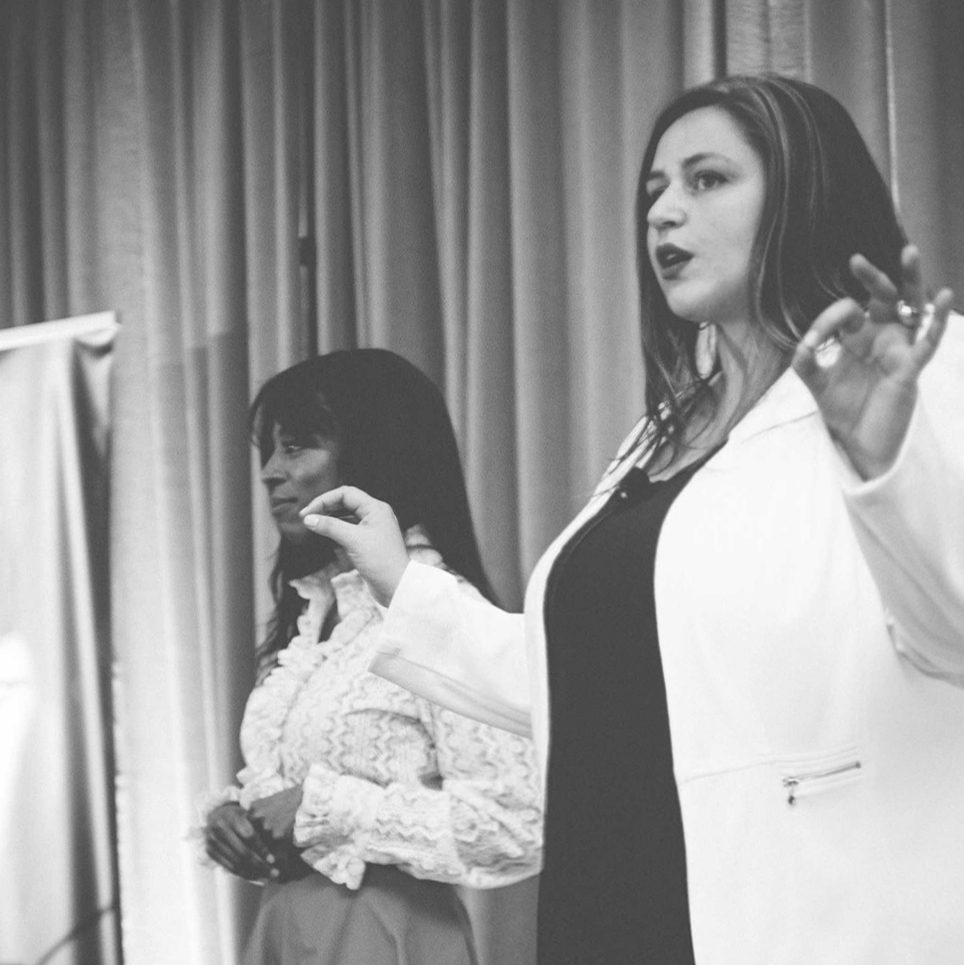 A Small Step with Big Impact

“When Sophia asked me to join [as co-founder of] myEAcoach, I jumped on board immediately, but I had one requirement: to never speak in front of an audience,” which is what I said while standing on stage in front of an audience. Though it was only Day 1 of myEAcoach, I learned the valuable and necessary lesson of becoming comfortable with the uncomfortable to drive success.

However, the days leading up to the launch tell a story of doubt, anxiety, and an opportunity almost missed.

I had drafted a speech – my safety blanket – that was quickly pulled from my shaking hands.

“What do you mean I can’t read from a prepared speech?” My words cracked.

A wave of anxiety came over my body before becoming a mass in my throat. I couldn’t move, I couldn’t speak, and then I couldn’t think.

Days of encouragement from Sophia and others failed to ease the constant worrying and sleepless nights until it turned for the worse on the eve of the big event. At rehearsal, I looked out to an imaginary crowd and decided to start by saying, “I’m quite nervous.” The words alone scared me stiff. I drew a deep blank – into a void I barely escaped.

HOW did I manage to overcome a paralyzing fear of public speaking?

The game-changer is the moment you realize that everyone in the room is there because they WANT to be there and they are genuinely interested in what YOU have to say.

Fortunately, that moment for me occurred early in the event as we hosted a networking session that allowed me to engage with our network of EAs before the presentation. Their excitement and support made me realize that when we come together, there isn`t anything we can`t do!

Reach out to someone who has been in the same situation as you, but has already taken the leap. If they have been doing it long enough, they will be able to share with you both their wins and losses, which will inspire and prepare you for the journey forward.

I would have never stepped so far out of my comfort zone without a business partner and friend in my corner every step of the way – an inspiring force that made me want to face my fears and achieve greatness.

Practicing your speech is essential so that you are comfortable with your material and confident in your delivery.

I learned early on that failing to memorize a speech added to the anxiety. Instead, we constructed key messages, and each had three bullets we had to hit. As a result, our delivery was in the form of a conversation, but we still had to practice. We practiced to fine-tune our messaging, to time ourselves and even videotaped ourselves to gauge awkward pauses and gestures. We also requested early access to the event space so we could familiarize ourselves with the stage and spacing. Once I felt the urge to get up on stage and own the moment, it was the time we invested in practicing that gave me the confidence to deliver.

ONE STEP AT A TIME

In my moments consumed by anxiety, I dismissed my husband when he said, “You and Sophia will look back and laugh at how nervous you were to speak in front of a group of people because, in 10 years, you two will be speaking in front of thousands!” Though I am elated by my small step in big shoes, I am not ready for a larger audience, but I can tell you now that I won’t be so quick to dismiss the thought.